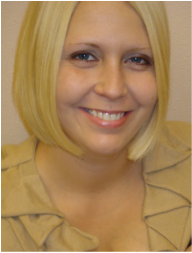 Gina's Story
Gina is the owner and designer behind the garden style floral designs of Gina's Floral Enchantment.  Her floral interest started as a young girl assisting her grandmother with silk floral designs around the house and with her sister in the local super market floral department.  She took floral classes in high school and was on the FFA (Future Farmers of America) Floriculture team were she competed as a high school student and fell in love with flowers.  While Gina competed on this team she traveled to many cities, one of them being San Luis Obispo where she competed with her floral team at California Polytechnic State University state finals.
While Gina competed at state finals she fell in love again, this time with the University and the Horticulture/Floriculture program it provided.  Gina graduated from Atwater High School and decided to get her pre-requisites done at a local junior college in Merced. She attended  MJC for two years and graduated with an A.S. with honors and the award of outstanding landscape horticulture student.  Gina new where she wanted to further her education from there, Cal Poly, San Luis Obispo.
While attending Cal Poly Gina learned the motto "learn by doing," by being involved with numerous horticulture clubs, one being SAIFD (Student Chapter of the American Institute of Floral Designers).  While on this team Gina trained under Melinda Lynch AIFD and traveled and competed against floral designers around the world in cities such as Saint Louis, MI and Philadelphia.  Competing on this team was were Gina gained her knowledge and experience from working with amazing professional floral designers.  Gina also worked for a great friend and wonderful wedding floral designer Diana, with Dina's Fluers while attending college in San Luis Obispo.
Education
Gina graduated with a B.S. and the Horticulture leadership award  with honors from California Polytechnic State University in Horticulture/ Crop Science with an emphasis in retail floral management.

Design Experience
Now Gina has been in the floral industry since 1995 working for various floral shops and event designers as well as designing weddings flowers for several hundred weddings for the last thirteen years.
She has designed in great venues such as The Hearst Castle for William Randolph Hearst's  great great granddaughter's wedding.
Today Gina runs her floral business, Gina's Floral Enchantment full time delivery local arrangements and designing events and weddings as well as coaches floral FFA teams and does class demonstrations on floral design.
All of her designs are created to reflect the individual needs of each client.  Emphasizing on our local economy, Gina buys from local farms and nurseries selecting the freshest flowers, foliage and fruit the season has to offer.  If you were to hire Gina as your floral event designer, you would be hiring an educated, experienced floral professional.